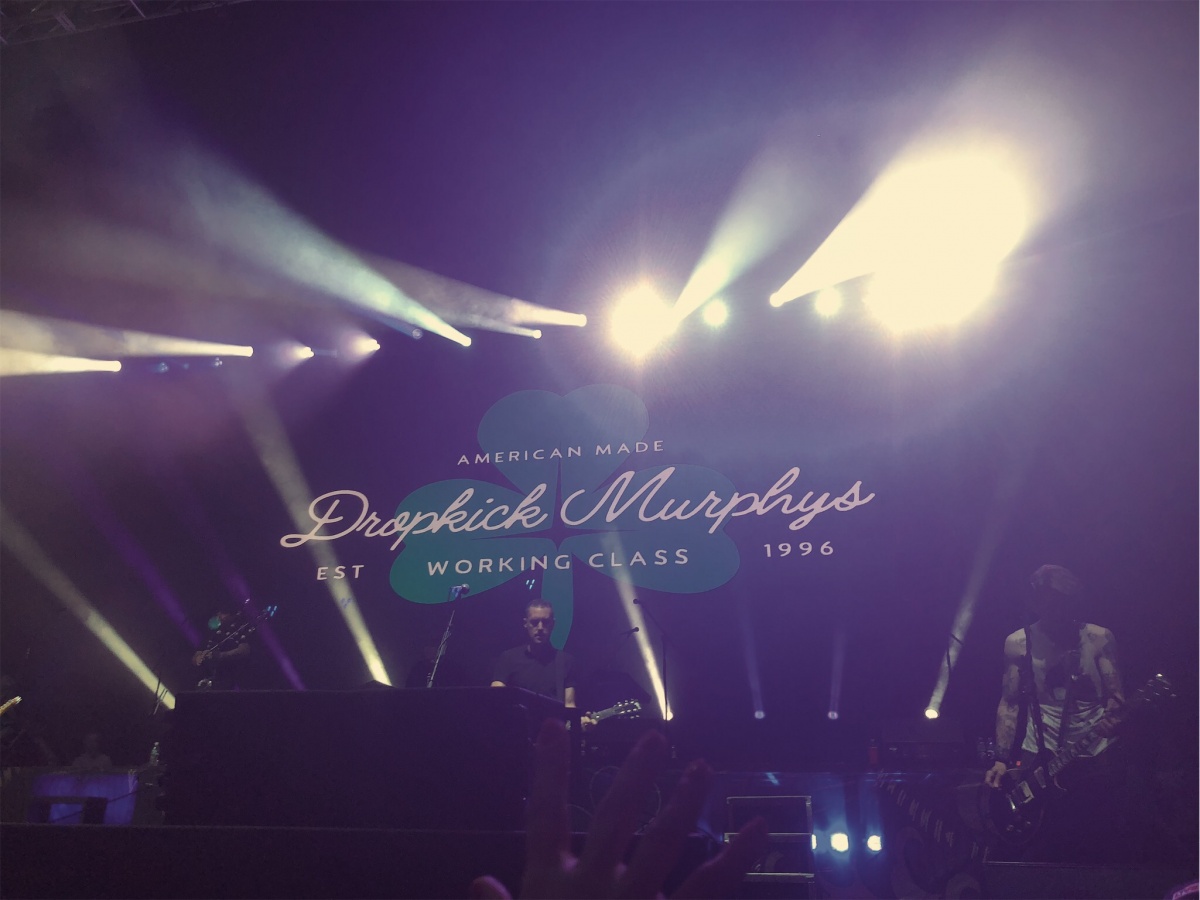 I’m sure you’ve caught on to how I take pride in my Irish-American background. Music is such an important part of it, and I love to listen to my traditional Irish music in my free time.

But, not all the time…sometimes you need to switch things up a bit.

If you’ve never heard of the Dropkick Murphy’s before now, allow me to introduce you. This band is a mix of punk rock and Celtic music, what more could you ask for?

I faintly remember my father introducing me to “The State of Massachusetts” and “Shipping Up To Boston.” You’ve probably heard either of these two before a basketball game or part of some other team’s warm-up playlist. At least I did throughout high school.

Fast forward some time to June 21st, 2018. Chris and I had just driven down to Philadelphia and were about to meet the members of Dropkick Murphy’s.

Aside from playing some awesome songs during their sound check (See: “Fields of Athenry“), the members of the band were also really nice. They all shook our hands and had a small chat with us before signing a tour poster. It was super cool! I have not met such down to Earth famous people and I was pleasantly surprised.

We got our pictures taken with them then said goodbye. There was still some down time before the concert so my brother and I were getting as much free food as we could before setting up camp at the front of the stage.

The opener was one Irish guy and his guitar, and it was just alright. That’s all I have to say about that.

Next up were the Flogging Mollies. If you’ve never listened to them, definitely check them out! They played my favorite songs, “Seven Deadly Sins” and “If I Ever Leave This World Alive.” Both were amazing to hear and see live! What I found hilarious was how the lead singer, Dave King, came out with a Guinness in hand. How Irish of the man.

After an awesome set from Flogging Mollies, we stood and waited anxiously for Dropkick to walk on the stage.

A huge black curtain dropped from above and blocked the instruments from the crowd. Then “The Foggy Dew” started blaring from the gigantic speaker 2 feet away from my face. My hair started to shake from the volume of the bass. That’s how loud the music was.

Suddenly the curtain fell and out jumped Dropkick Murphy’s! I felt this sudden rush of weight on my back as the crowd pushed forward to try to get as close as possible to the stage. While I did not enjoy being pressed up against the railing, I really just accepted it and tried my best to enjoy the music.

Let me let you in on a little secret: I absolutely loved it!

I was singing – well, screaming – along to the songs and was having a blast. While I didn’t know every song like my brother did, I still bopped along to the beat. They played some of my favorite Irish songs along with their own stellar hits. My favorite was Captain Kelly’s Kitchen.

At the end of the night, I had a pounding headache, I was covered in sweat (and not just my own)(so gross), and had smudged my eyeliner. I still left the concert smiling because it was so much more fun than I had originally thought it would be.

I know this music isn’t everybody’s cup of tea, but I’m not afraid to say I’m a fan. Who knows, maybe I’ll be shipping up to Boston myself to catch another concert!

Want to learn who I am?