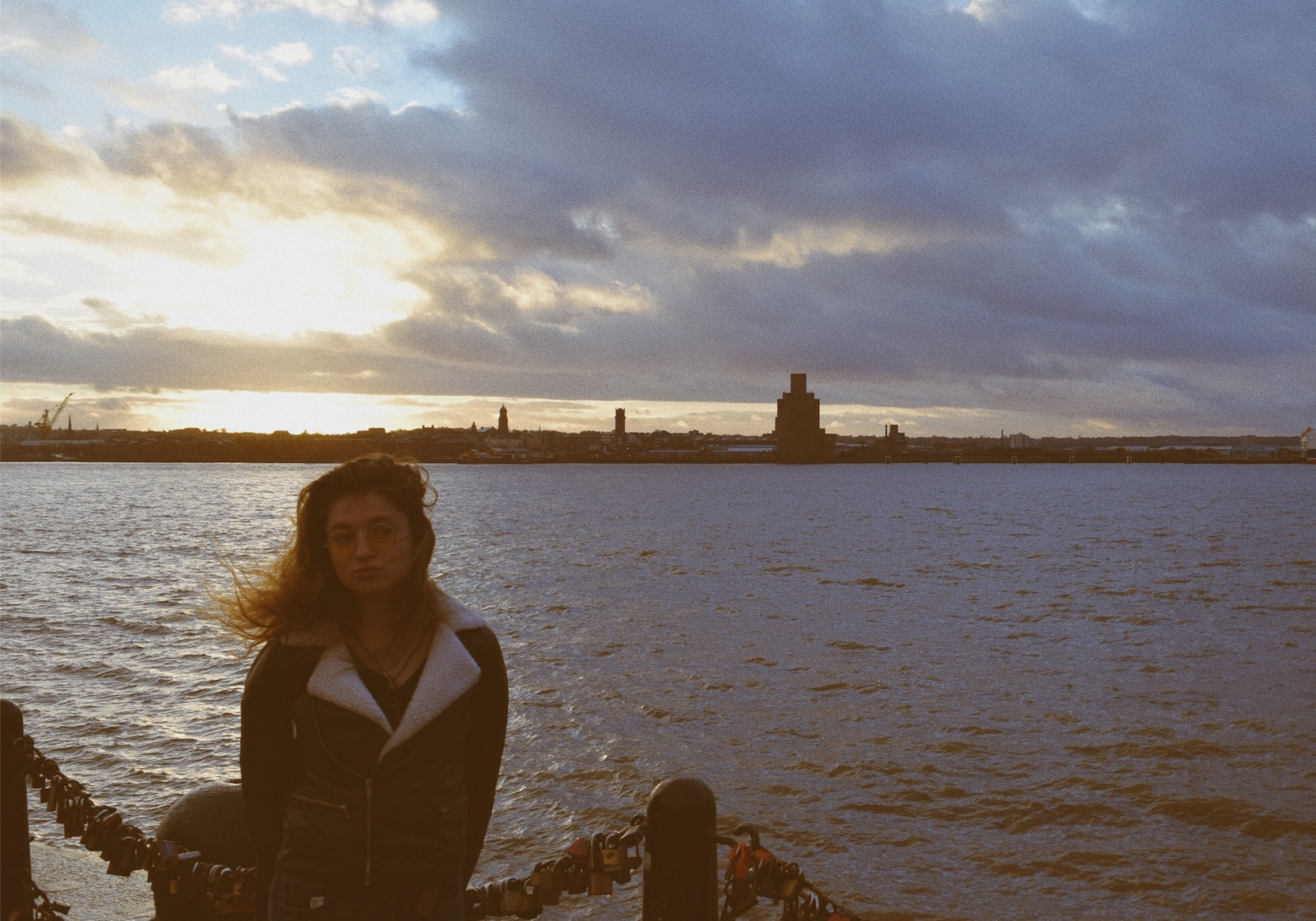 I know it’s been a while since I last wrote, but my parents will be happy to hear half of my excuse is because of studying for midterms. The other half was because I was doing some more travelling.

I went to London! I got to visit the big city and see what the big deal was about Ben. I was there for a few days, and the first started with walking along the River Thames. I eventually saw Big Ben, but sadly the guy was under construction. I was still excited to be able to see Ben and Westminster Abbey right next door. It was a little surreal having always seen these monuments online or in textbooks. We then walked over to see the infamous London Eye, the huge Ferris wheel next to the river. While it would have been cool to have taken a ride on it, my broke-college-student spending habits are not set up to pay for those pricey tickets so I took a few pictures instead.

Big Ben with Westminster Abbey in the background

That night was spent walking around Piccadilly Circus (which I was shocked to find out, not an actual circus) looking at the many Christmas lights connecting the buildings across the street. Going to a NYC themed restaurant, I did not stray too far from my comfort zone and got myself some fried chicken. Not really typical English food, but it was served in England so I’m going to say it was an English dinner.

The next day was more sight-seeing in London. If you didn’t already know, I am a huge Beatles fan. Of course, we went to Abbey Road Studios to see where John, Paul, Ringo, and George snapped the infamous album cover for the album, Abbey Road. It turned out to be just what I expected, a road, but I was more excited to be able to see Abbey Road Studios. So many of my favorite bands and artists recorded music in that little studio, and I was happy to say I visited such an iconic place.

Yours truly at Abbey Road 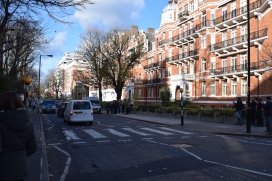 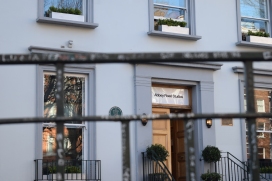 We then stopped by Trafalgar Square and watched a few street performers try to wow the crowd. The square was full of people taking pictures, meeting old friends, or taking a break from being in the office all day. Looking up from my camera lens and seeing all these different people getting together was really cool to take in.

London was full of little Christmas markets, and before dinner we stopped by one to check out what the vendors were selling. There was so much food, I couldn’t help but get excited for dinner! I stopped by one stand to get myself an Abbey Road sign, and I don’t feel like I have to explain why here. We then stopped by a cider lodge set up next to another Ferris wheel and I tried some mulled cider. Being that the sun set early and the winds were strong that day, it was very nice to be able to warm up with a warm mug of cider.

After grabbing burgers for dinner in Central London, we went up The Shard for a drink. 35 floors up, you could look out and see all of London. We were up higher than the London Eye, so I was happy I saved my money for a better view. It was amazing to see London lit up at night, with all the street lights and Christmas lights complimenting each other. 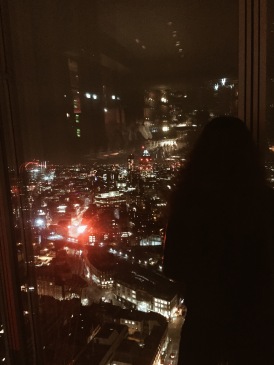 Looking over over London

Then I took a day trip to the little city of Liverpool! I may have been overly excited for this trip because of my love for The Beatles. Yes, I did not go to Liverpool for the soccer (sorry, football) or for the fish and chips (but I did have some). I went to see all of the different sites that are must-sees for any Beatles fan.

Waking up early to take a three-hour train from London, we arrived at Liverpool Lime Street and wandered around the Christmas market there. Again, so much food, making me so hungry again. I powered through and ate the snacks I packed before heading to The Beatles Story. Walking through, I learned more about my favorite band from the beginning of their lives to where they are now. I got to walk into a fake Cavern Club to see what it used to be like, got to see The Yellow Submarine, and even saw John Lennon’s infamous glasses. My heart was so happy travelling from room to room and hearing the different Beatles tunes playing.

Before catching the train back to London so I could get back to Ireland, we left the comfort of city center and found Penny Lane and Strawberry Fields. I would say those are my two favorite songs, but I say that for just about every Beatles song. I’m indecisive, they’re all too good! I got to see the actual Cavern Club, but I learned the original had been demolished in the 80s. It was still fun to see all the Beatles themed pubs down the alley in Liverpool.

I was very happy with my trip to England. It was dry (for the most part) which was a pleasant surprise. I was able to see all I wanted to see and eat some great food, how could I not be happy!

Sadly, I only have three weeks left. While that might sound like a lot of time to you, to me it’s a ticking time bomb. Three weeks until I leave a country I have truly grown to love and return to reality.

Stay updated with the last of my study abroad adventures by following my on this blog, twitter, and Instagram! Hopefully I’ll be able to do everything I came here to do, wish me luck! Sláinte!

Want to learn who I am?